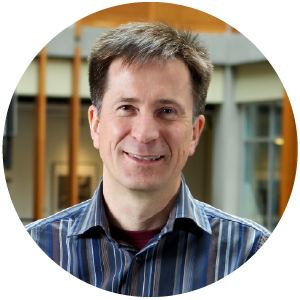 Karl F. Böhringer received his Diplom-Informatiker degree from the University of Karlsruhe, Germany, in 1990 and both his master’s and Ph.D. degrees in computer science from Cornell University, Ithaca, NY (1993 and 1997 respectively). He was a visiting scholar at Stanford University (1994-1995) and a postdoctoral researcher at the University of California, Berkeley (1996-1998). He joined the University of Washington in Seattle in 1998, where he is Professor of Electrical & Computer Engineering and Bioengineering. He led the Washington Nanofabrication Facility for 7 years and is currently Director of the Institute for Nano-engineered Systems and Site Director for the NSF National Nanotechnology Infrastructure Network. Böhringer has held visiting faculty positions at the Universities of Tohoku, Tokyo, Kyoto (Japan), São Paulo (Brazil) and École Polytechnique Fédérale de Lausanne (Switzerland). His research interests include microelectromechanical systems (MEMS), manipulation and assembly from macro to nano scales, microfluidic systems for the life sciences and microrobotics. He has created multi-batch selfassembling systems, massively parallel microactuator arrays and a walking microrobot. 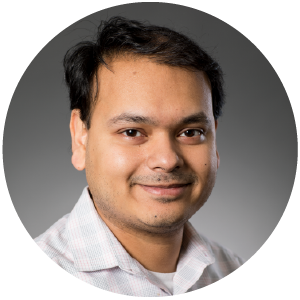 Professor Arka Majumdar received his Bachelor of Technology degree from the Indian Institute of Technology, Kharagpur, in 2007, where he was honored with the Gold Medal from the President of India. Majumdar completed his master’s degree (2009) and Ph.D. (2012) in Electrical Engineering at Stanford University, working on solid-state quantum optics. He spent one year at the University of California, Berkeley, (2012-13) as a postdoc before joining Intel Labs in Santa Clara, Calif., to work on next generation electro-optic modulators and optical sensors (2013-14). Majumdar accepted a faculty position at the University of Washington, Seattle, in the Electrical & Computer Engineering and Physics departments in August 2014. His research interests include combining emerging nano-photonic devices with computational algorithms to build compact optical sensors to support the growing Infrastructure of the Internet of Things. Majumdar is a recipient of a 2014 Young Investigator Award from the Air Force Office of Scientific Research, 2015 Intel Early Career Faculty Award, 2018 Sloan Research Fellow, and 2019 NSF CAREER Award.

Below are two recent research papers highlighting some of the academic foundations of Tunoptix’s patented technology.

IP Group Inc. is the lead investor in Tunoptix, Inc. IP Group Inc. has been commercializing intellectual property from leading US universities and national laboratories since 2014. It leverages the successful model of its parent IP Group PLC that has been investing in the UK market since 2000.